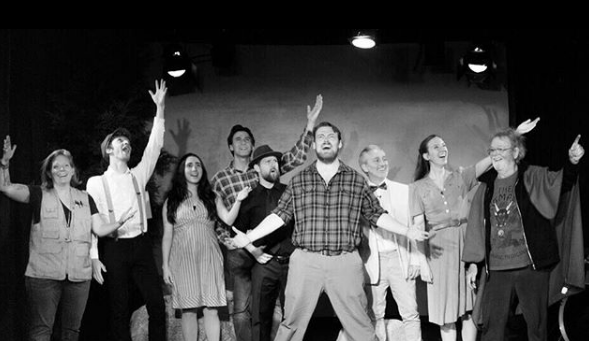 ABOUT the musical: The Lightning Howler follows the rise and fall of Ranger John Eisen, a hermit-like forest ranger deep in the Shenandoah national park who has drawn major media attention for breaking Roy Sullivan’s record for being the man struck by lightning the most— seven times and surviving.

John, after his eighth strike, is courted by the local pastor to use his notoriety to help boost tourism in the conservative and expanding town of Dooms.

But as John begins to fall in love, he realizes a supernatural phenomenon taking hold inside him that allows him to call down lightning from the heavens.

ABOUT the composer: Amanda Rafkin attended the Indiana University Jacobs School of Music on scholarship and performed nationally throughout her career as a classical pianist before going rogue and veering off into the world of musical theater. Amanda is the composer of the new musical The Lightning Howler, as well as the host, producer, pianist, and musical director of “Broadway LA: Unplugged”, a recurring cabaret show that takes place in Hollywood.

YOU ARE TERRIBLE
John, Isabel

WHO ARE YOU?
John, Isabel

I DON'T KNOW HOW TO DANCE
John, Ensemble

THE HEAVENS WILL TEST YOU
Isabel

IS IT TOO SOON?
John, Isabel

Lyrics and melodies by Derrick Brown
Music by Amanda Rafkin